On Sunday morning, May 6, 2001, Odo Sensei took a brief break from the scheduled activities. At that time, he organized the Yudansha who had gathered at Mr. Kriegisch’s dojo and called for a table and a pen. Upon this table, Daisensei placed a single certificate and began inscribing a name upon it — pausing only briefly to ask Mr. Kriegisch over so that he could inspect the 7th Dan’s belt. Daisensei quietly signed the certificate and then motioned for Mr. Kriegisch to join him by the Shinza. Daisensei read the certificate aloud so that all present could hear the promotion of Mr. Michael J. Kriegisch. When the brief ceremony drew to its conclusion, Odo Sensei smiled as a stunned silence fell over the dojo. Grandmaster Seikichi Odo, had just promoted Mr. Kriegisch to Kudan, 9th Degree Black Belt, in the States. None were more stunned than Mr. Kriegisch himself as he tried to absorb the fact that he was now the highest ranking practitioner in the States of Odo Sensei’s Ryukyu Hon Kenpo Kobujutsu system! The following photos were taken by one of the seminar participants who witnessed the amazing event first-hand. 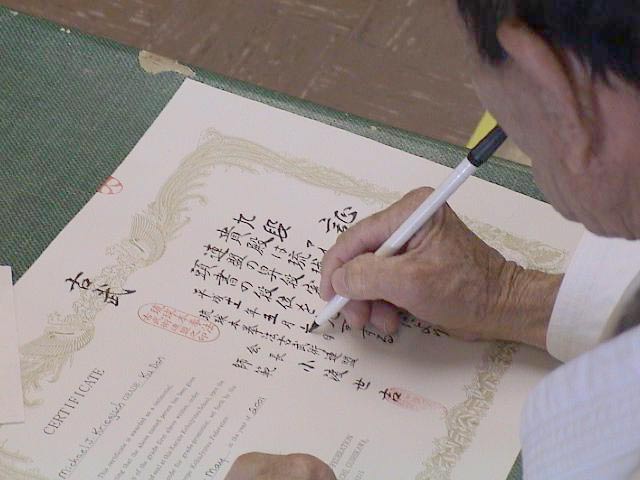 …and then signs it. 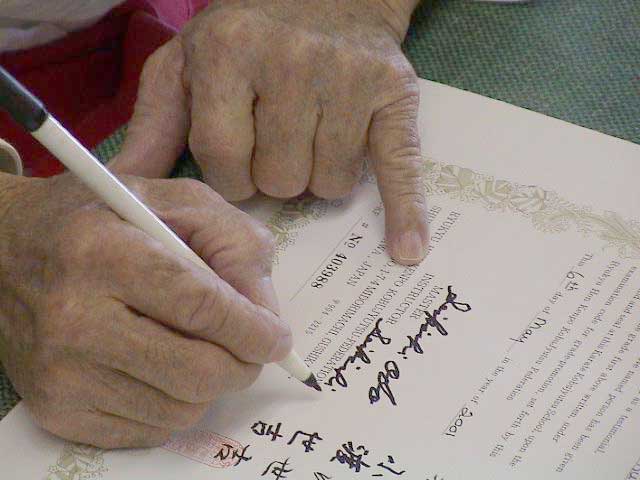 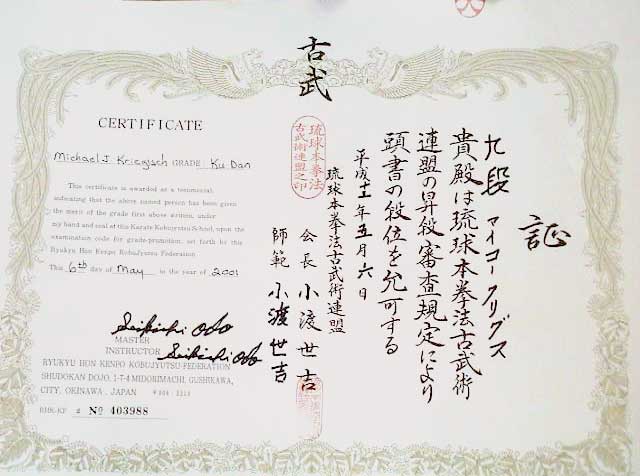 Several Yudansha were on hand as Witnesses, and they
signed the back of the certificate in Master Odo’s presence: 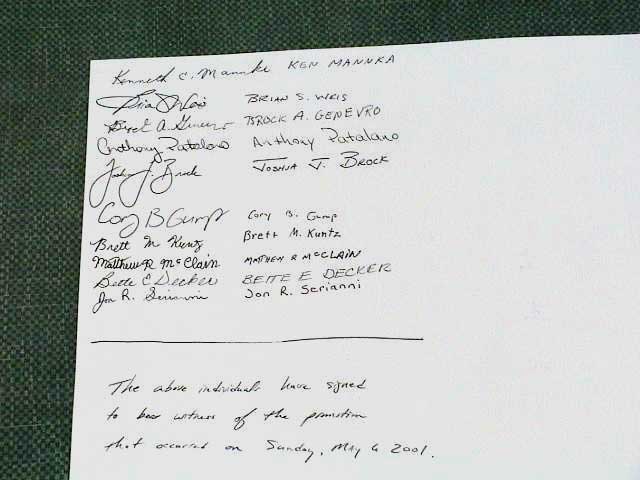 An emotional Mr. Kriegisch was quoted as saying, “Everyone who has ever worked with me — all of my past instructors, my colleagues, and my students — all of you over the years had a hand in this. This certificate may have been given to me, but each of you owns a little piece of it, and I thank you.”